I was recently asked to play the organ for a Sunday morning service at the Union Chapel, Compton Terrace, Islington (London, UK). It is an impressive brick building, replacing an earlier chapel (see below). It was built (1876-81) to a design by James Cubitt (1836–1914), loosely inspired by the rather smaller church of Santa Fosca on the Venetian island of Torcello. The result here is a rather heavy, imposing exterior …

The location of the Union Chapel, Compton Terrace, London, UK. 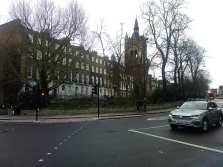 The church of Santa Fosco on the island of Torcello. [Source: Trip Advisor] 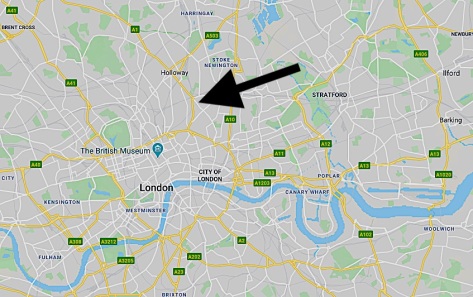 The location of the Union Chapel, Compton Terrace, London, UK.

… while inside is a lofy and broad uncluttered space with seating for more than a thousand people, each with a clear view of the central stone pulpit. 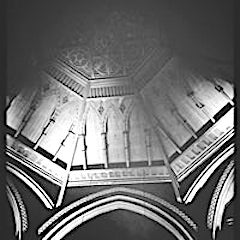 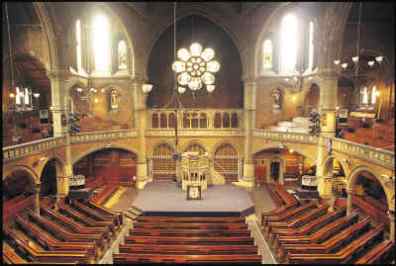 The origin of the Union Chapel dates back to 1799 with the union of local Unitarians and Anglicans who met together in private, having separated themselves from their respective neighbourhood churches. Initially they used Anglican forms of worship in the morning and Unitarian forms in the evening. They eventually developed thier own forms, and in 1847 joined the Congregational Union, a federation of autonomous congregations, to which the Union Chapel still belongs. 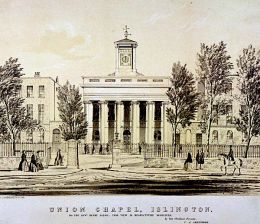 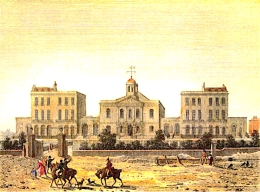 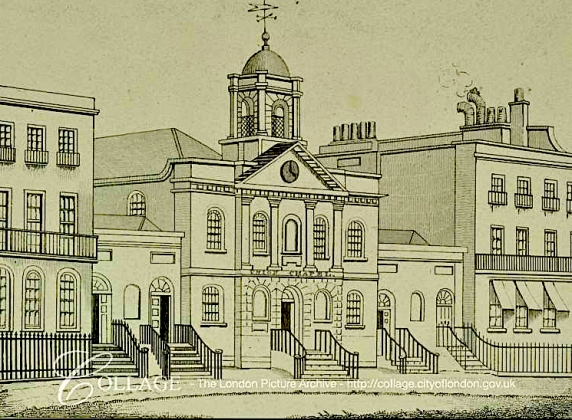 The first purpose-built Union Chapel chapel was completed in 1806 on land leased from Lord Northampton by a property speculator named Henry Leroux who came from nearby Stoke Newington. He added houses on either side of the chapel. The classical-style chapel building was enlarged in 1851 (archtect unknown) and given a new facade. Alas, so far I have found no images of the interior of this former chapel building.

“[About 1842] there was a one manual organ which we sold some years later for forty pounds
[…]
In 1852 we had a new organ commissioned from Gray and Davidson, planned by Dr Gauntlett.
[…]
A second organ planned by Dr Gauntlett was built by Holdich under Mr Prout’s direction in 1867. It cost £1,000, inclusive of fitting.

The old organ was sold to Queen’s Square Chapel, Brighton.
[…]
When the new church was built in 1877 it was found that Holdich’s organ could be made to fit the organ chamber only at an expense that approached the cost of a new instrument. It was therefore decided to sell the organ and Mr Willis built a new one, planned by Prof. W. H. Monk at a cost of £1000.” [‘Studies in Worship Music’] Today’s Union Chapel pipe organ was installed by the London organ-builder Henry Willis in 1877, fronted by an open stone and metal screen placed behind the pulpit.

In order to save the blocking up of a rose window, the instument is built in a concrete chamber below [lower than] the main floor of the building. This position is Mr Willis’s own idea, which he carried out in spite of the evil prognostications of those who considered that he was doing a foolish thing. One great advantage has resulted therefrom. Throughout an oratorio performance, when the building is crowded with people, and the temperature rises very high, the organ is found to be “dead in tune”. [Musical Times (39/663, 1 May 1898)]

In 2012 the Henry Willis organ wa restored by Harrison and Harrison organ builders of Durham (UK) using a grant from the UK National Lottery Fund. The original hydraulic engine that powers the organ  was restored to use, although a modern electric powered bellows system was also installed as a back-up.

The 1852 Gray and Davison organ moved to the Queen Square Chapel in Brighton has subsequently been broken up and destroyed, the building demolished.  The 1867 Holdich organ was sold for £600 to a Congregational Chapel in Hinckley in Leicestershire where it remains. 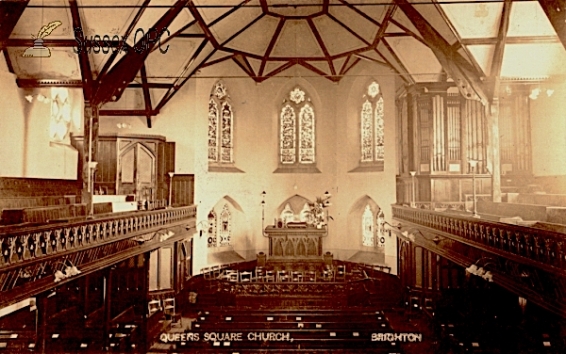 Queens Square Congregational Church Brighton (UK), post 1910, when – according to NPOR – the organ was moved to the chancel. [Source: roughwood.net/] 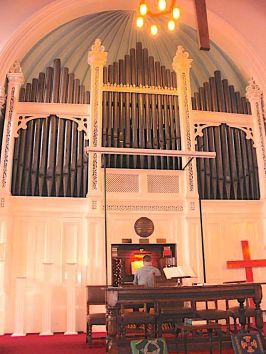